Apple today for music creation software GarageBand and professional editing software Logic Pro X, introducing a number of new features for its music-related apps. GarageBand version 2.2 for iOS devices includes the Alchemy creative synthesizer that was, along with a new sound browser to make it easier for users to find instruments and specific sounds. Alchemy includes more than 150 Apple-designed patches from a variety of genres ranging from EDM and Hip Hop to Rock and Pop. Using Alchemy's Transform Pad, GarageBand users can now create 'expressive synth performances.'

A redesigned Audio Recorder lets users add one-tap vocal effects to recordings and use features like pitch correction, distortion, and delay, while an interactive graphic Visual EQ and other advanced audio processing tools have been added for professional users. Logic Pro X for Mac has been updated to version 10.3, introducing new features, a refreshed interface, and Touch Bar support, allowing the Touch Bar on the 2016 MacBook Pro to be used for music editing.

The Touch Bar features quick access to navigation tools and Smart Controls, plus it can be used for playing and recording instruments using a piano keyboard or drum pads. A new Track Alternatives feature lets users create and switch between different playlists of regions and edits, and Selection-based Processing lets users apply Logic or third-party plug-ins onto one or more audio region. With iOS integration, Logic Pro X users can also add new tracks to Logic sessions from their iPhone or their iPad when away from their Mac, and a new share option lets users upload GarageBand-compatible versions of Logic projects to iCloud that can be opened on iOS devices. New recordings can be added via GarageBand on an iOS device and then synced back to Logic Pro X when the project is opened on a Mac.

'Music has always been part of Apple's DNA, and we are excited to deliver yet another fun and powerful update to our music creation apps, GarageBand for iOS and Logic Pro X,' said Susan Prescott, Apple's vice president of Applications Product Marketing. 'These updates bring a wide range of new and highly requested features to both hobbyists and the community of pro musicians and audio engineers who rely on our software and hardware to create amazing music.' GarageBand for iOS is provided for free to customers who purchase a new iOS device, but it's also available from for $4.99.

GarageBand is provided for free to customers who purchase a new Mac, but can also be purchased from for $4.99. is available for purchase from the Mac App Store for $199.99. I loved Logic since version 9; certainly a step up from SCrashbase/S Cubase and a far cry from the bottomless well of money that is Pro Tools. But LPX was just another level.

Even in the original release with a few hiccups, it was loading projects and plugins much quicker than LP9. A few years back I bought Logic Studio 8 (with the big black box), I was never able to get into it - so much stuff, steep learning curve etc.

I was used to Pro Tools and DP and thought Logic was never going to be for me. Fast forward to oct 2016. I'm so getting tired of Pro Tools bugs (working with video is always a challenge!) and Avid's weird business plan, DP's interface has become a gigantic mess (eventhough I'm using DP since version 2.4), I decided to try Logic again, now at version 10.2.4. It took be about 4 days to get used to its workflow and GUI, solid as a rock, stable, amazing sound palette, ease of use, I am now completely sold to Logic. I still have to work in Pro Tools, but always can't wait to go back to Logic now. I'm in film music, and electronic/EDM, had heard Logic wasn't the best tool for film music, I couldn't disagree more now that I'm comfortable with it. No ilok, no subscription/upgrade/support plan crap, free updates.

Apple is doing an amazing job here. Damn - true that! I have ProTools stuck at V11 - not in the position of being able to afford the annual plan anymore which means if I update my Mac's OS I will no longer have access to using ProTools. I pretty much just use Logic now anyway but if I get ProTools sessions or need to record with PT I'd like to have the option. Why is it that every time a new OS version comes out PT won't work and it is upgrade $$ time. I understand that code changes and there are incompatibilities - sure. And I could afford a small fee to cover those - say $25.

But once you have Logic - you have Logic. I'm sorry AVID, might we might have to finally break up:( That is why I never used ProTools in the first place. Digidesign (Avid) used to force people to buy new hardware with every update by obsoleting the old interfaces. Only recently did they make their hardware 'open' and able to work with other software - only because competition was killing them. 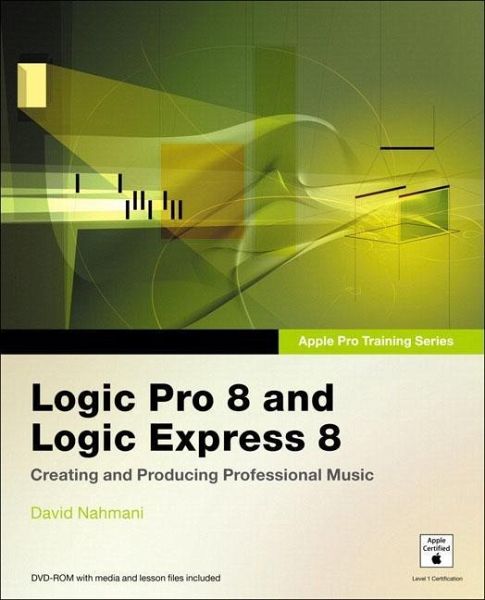 Now they force a yearly subscription. Screw yourselves, Avid. I don't like the company or the way they do business.

I'll write my own software before I ever use one of their products. Logic smokes ProTools anyway in terms of features and stability.

By Smurf Daddy 2000 I was hitting walls left and right as a new user to Logic Pro X. There are very few resources out there on this version and it’s drastically different than all the free out-dated Logic 9 material on the Internet.

Athough this User Guide does not go into great detail on any of the features, it certainly covers the breadth of this vast program and at least introduces one to the numerous nooks and crevices to be found in Logic Pro X; it accurately points the reader in the right (general) directionespecially when one is frustrated by knowing what you want, but not knowing where in Logic Pro X to find that feature. If nothing else, it breaks the ice and makes a very daunting program much more accessible.